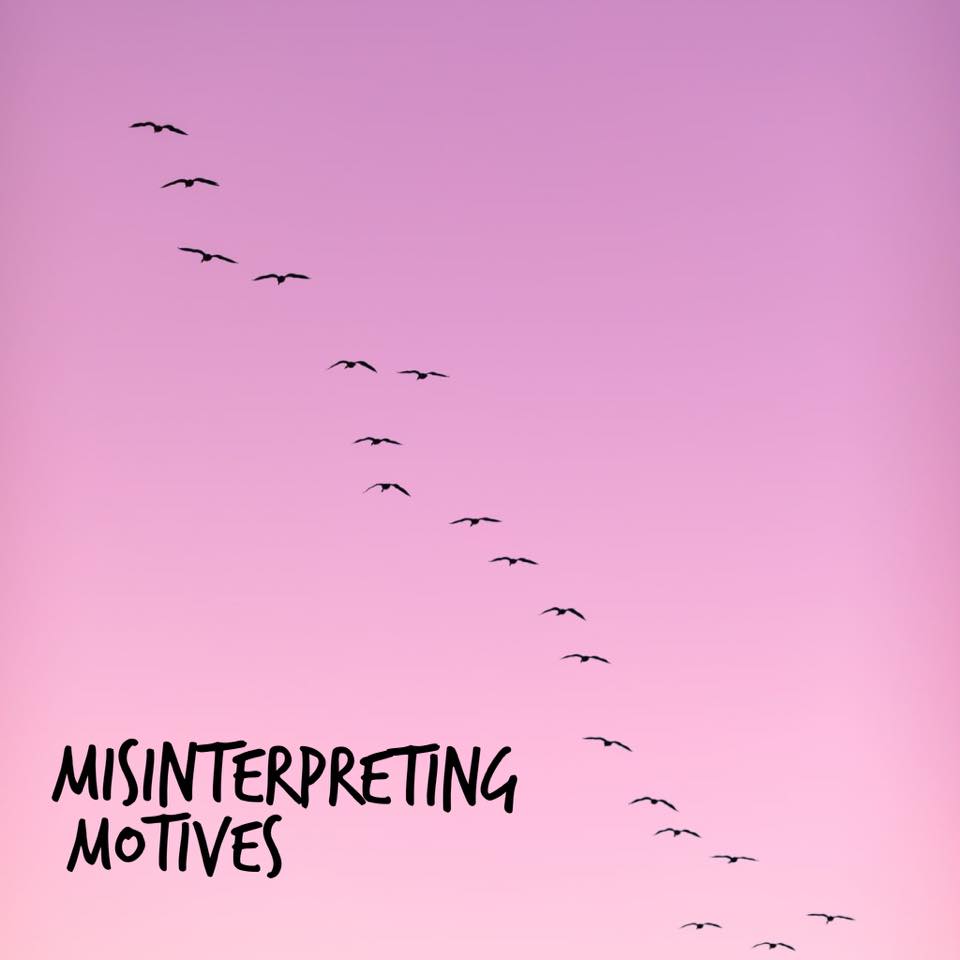 How often do you or I misinterpret someone’s motive?

In the passage below we see King David has the pure motive of being kind to Hanun after his father, the king of the Ammonites died. David sent a delegation to show sympathy.

“David thought, “I will show kindness to Hanun son of Nahash, just as his father showed kindness to me.” So David sent a delegation to express his sympathy to Hanun concerning his father.” 2 Kings 10:2

“the Ammonite commanders said to Hanun their lord, “Do you think David is honoring your father by sending envoys to you to express sympathy? Hasn’t David sent them to you only to explore the city and spy it out and overthrow it?””
‭‭2 Samuel‬ ‭10:3‬ ‭NIV‬‬

When someone does something or says something I have a choice to make. What voice will I believe and how will I respond? These are very real choices in your hand that you have the power to make.
You can either believe the best of the other person or the worst. The Father’s voice tells you the other person is His child, made in God’s image and you should think the best of them and interpret their motives as pure. The voice of the enemy tells you the other person is deceitful, dangerous and has ulterior motives. Rather than trust them you should shame them.

Misinterpreting motives is particularly easy when what was said or what was done appears at first to be not an act of kindness. So how do you interpret the person’s motives when their actions are questionable or it appears they have ulterior motives?

Interpret what is unknown by what is known. What do you know about that person truly? At the heart and core what are they really like? Very often the person’s motives we are misinterpreting are actually good hearted people. They are kind, loving, faithful, considerate and genuinely a nice person. Well interpret their questionable words or actions from the perspective and foundation of what you know about that person.

If you listen to the voice of doubt and fear , like Hanun, your actions and words will lead you to shame that person and ultimately disaster follows. When you misinterpret people’s motives and act on it (even if that action is indifference or silence or distance from that person) the result is humiliation which destroys friendships and relationships.

“So Hanun seized David’s envoys, shaved off half of each man’s beard, cut off their garments at the buttocks, and sent them away.”
‭‭2 Samuel‬ ‭10:4‬ ‭NIV‬‬

Hanun listened to the voice of doubt and humiliated David’s men. Disaster would follow as you can read in the rest of the passage.

A great lesson here is Hanun’s commanders were wrong. David’s motives were not questionable but pure. Hanun listened to the wrong voice. And some of the voices you hear – conscious and subconscious- are wrong also. Not all voices are to be believed and trusted. If Hanun rejected those voices of doubt and interpreted the questionable motive correctly the future would have been so much more brighter.

So to lighten your life and walk in greater peace and joy, be very careful how you interpret the motives of another person. Speak to the person. With gentleness, kindness and humility ask genuine questions. Don’t spill our all your fears and doubt. Ask questions. Seek to understand before being understood. Seek to learn what and why the person did what you are questioning. Chances are you will find out all along they were trying to, like David, be kind and loving and show sympathy.