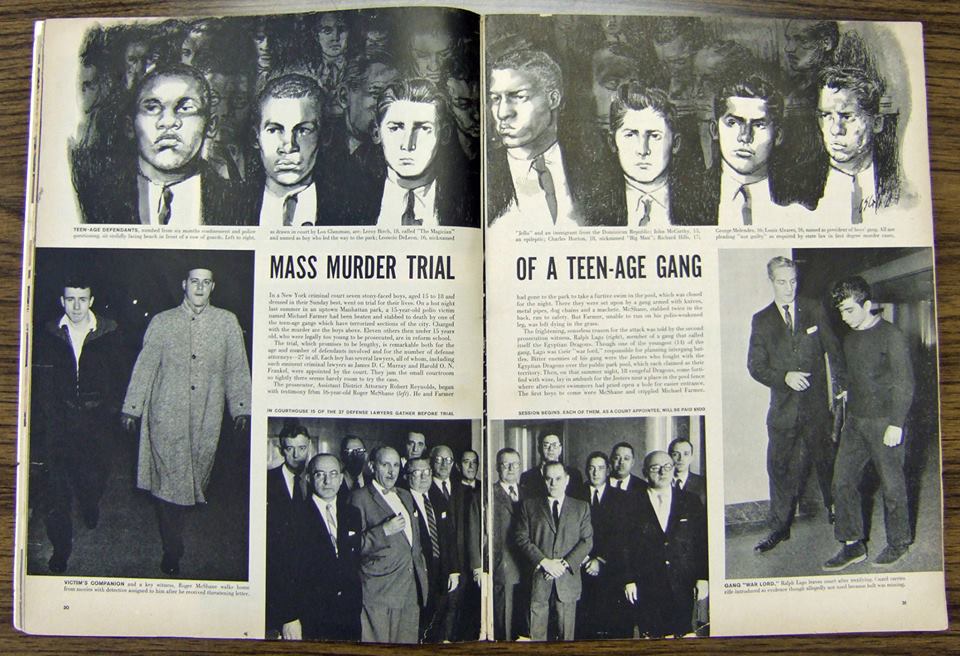 “On February 24, 1958, Life magazine published a feature article titled “Mass Murder Trial of a Teen-Age Gang.” It pictured seven gang members accused of murdering Michael Farmer, a fifteen-year-old boy disabled by polio. The trial arrested the nation’s attention, not unlike the O. J. Simpson trial almost four decades later. But it totally wrecked a Pennsylvania pastor named David Wilkerson. One of the boy’s faces—the meanest of the seven—was seared in his memory. Others read the article, but Wilkerson wept over it without knowing why.”

From “Whisper” by Mark Baterson.

A young minister, David Wilkerson moved from Pennsylvania to New York city to reach the gangs with the love of Jesus.  David Wilkerson Shema’d the Whisper of God which we learned last week means to hear and respond, to hear and act, to hear and obey.  What whisper did he hear?  “Go to New York City and help those boys.”  He heard the whisper of restlessness.  He heard the whisper of desires.  And what did he do?  Similar to Bill Cody’s story last week, he had learned over the years that when you hear the whisper of God, sometimes the best response is just to “SHOW UP.”  And that’s what that young Pennsylvanian minister did – showed up at front of a courtroom proceeding of 7 teenagers convicted of gang murder of Michael Farmer, a 15 year old boy disabled by polio.  He was made a fool of but he did not give up and started to spend time on the streets.

What a powerful story!  Do you agree nothing has the potential to change your life and the life of others like the whisper of God?  Nothing can help you discover and fulfill your destiny quite like your ability to hear His still, small voice.  The whisper of God is how dreams are birthed which can shape the world and turn the impossible into possible.

Coffee with a Cause: How a DC Coffee House Became a Modern Well of Redemption